After a 9-hour flight from Miami, my plane ascended over a long, flat expanse, checkered brown and green, into Buenos Aires, a metropolis of high-rises interspersed with verdant parks.  After so many weeks of anticipation, my adrenalin soared.

The airport was filled with lively people who were, at first glance, mostly brunette and thinner than in North Carolina. It was warm and still light at 9 pm in January. My travel host was on time; we jumped in a taxi and headed for the Ritiro district. I felt hyper-ready for my adventure. 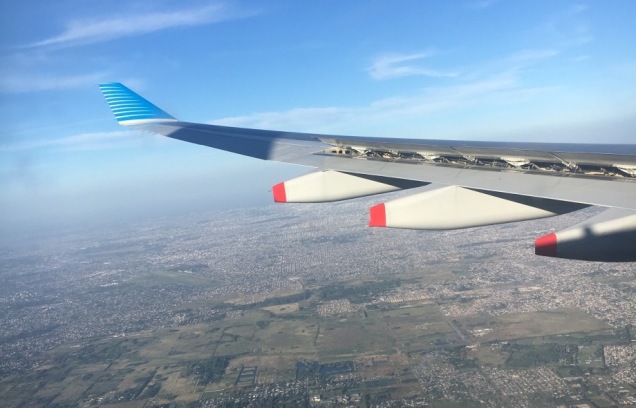 So much here was immediately familiar.  The city seems much like NYC — Greenwich Village in particular — and the people look like my own family.  Seriously!  And, for a good reason.  As many as 60% of Argentinians have some Italian heritage. Pasta and pizza are as common as empanadas.  The locals, called Porteños, ask if I am of Italian descent.  When I say “sí”, they light up. Because my command of Spanish is minimal at this point, a few Italian phrases have helped me communicate.  Hooray to all that!

We’re not in Kansas anymore

Common fact: Argentina, which was one of the richest countries in the world,  had a sad, violent history and some recent economic disasters.  You can hear it in their tango music and see it everywhere in the juxtaposition of the sleek and shiny with the worn and neglected.  A walk around the ‘hood and to the San Telmo market showed striking differences. 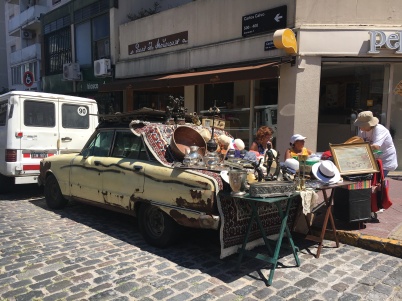 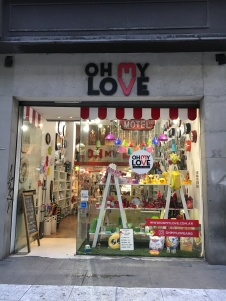 Our living quarters are not as wonderful as their web photos (much like I found on Internet dating sites). I’ve since learned that we are in a “startup” co-living space, very recently opened for business.  Our individual rooms have inefficient efficiency kitchens. The vending area is empty.  The common dining room is not functioning right now except for a small microwave we can all use.  My room has very little natural light and an “interesting” view from the one window. But, but but…the people running this place are sweet and trying hard to reach their vision. I will consider it the beta version!

On the other hand, our co-working space is FABULOUS and directly across the street.  It has huge windows with a stunning view; modern furnishings; complimentary water, coffee, yerba mate, tea, and beer; free social events; plus food at lunch for purchase.  It makes up for a LOT.

View from my window 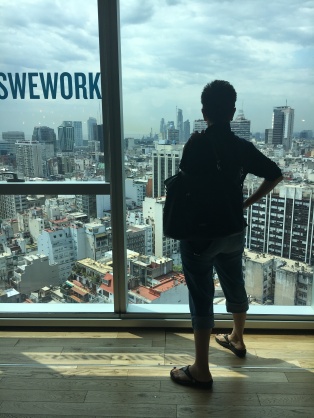 View from our co-working space

I am with a group of smart, enterprising, upbeat people —-all younger than me and delightful.  Even though I am not trying to keep up with them, it is fatiguing. There were the expected challenges: travel (in and of itself), getting settled, meeting everyone, configuring wifi access and new social apps, finding my way around, etc. etc. To top it off, although you see English everywhere on store signs and t-shirts, most people do not speak it.  In addition to connecting with a swing dance group and a yoga studio, enrolling in a serious Spanish program became a priority.

Stay tuned for the next episode

Overall, I am finding it difficult to focus enough to work on web projects or write blog posts. There is so much going on all the time; it’s too easy to get caught up in the excitement. Not a bad problem to have, is it?